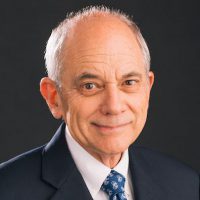 Gary Thatcher, a veteran journalist and editor, has been the United States Agency for Global Media’s Associate Director since 2000.

He handles a variety of major assignments for the agency, including international telecommunications regulatory policy; transmission to high-priority areas; counter-terrorism communications and liaison with other government agencies, including the Department of Defense.

He was the project manager for Radio Sawa, the ground-breaking Arabic-language network. From late 2003 until early 2004, he served in Baghdad as Director of Strategic Communications for the Coalition Provisional Authority.

Prior to joining the U.S. government, he was the foreign and national editor of the Chicago Tribune, supervising the Tribune’s worldwide and U.S. news bureaus. He was also national editor of The Christian Science Monitor and served as an editor or correspondent in Boston, Atlanta Johannesburg, Washington, and Moscow. His groundbreaking series on chemical weapons, “Poison on the Wind”, chronicled Iraq’s clandestine chemical weapons program, and was nominated for the Pulitzer Prize in Journalism.

While deputy director and acting director of Radio Free Europe in Munich, he directed coverage of the opening of the Berlin Wall and the end of the Soviet Union.

Mr. Thatcher is recognized as one of the US government’s top experts in intentional interference with satellite broadcasts. He has been a member of the official US delegation to the International Telecommunications Union since 2012.

Mr. Thatcher is a career member of the Senior Executive Service.