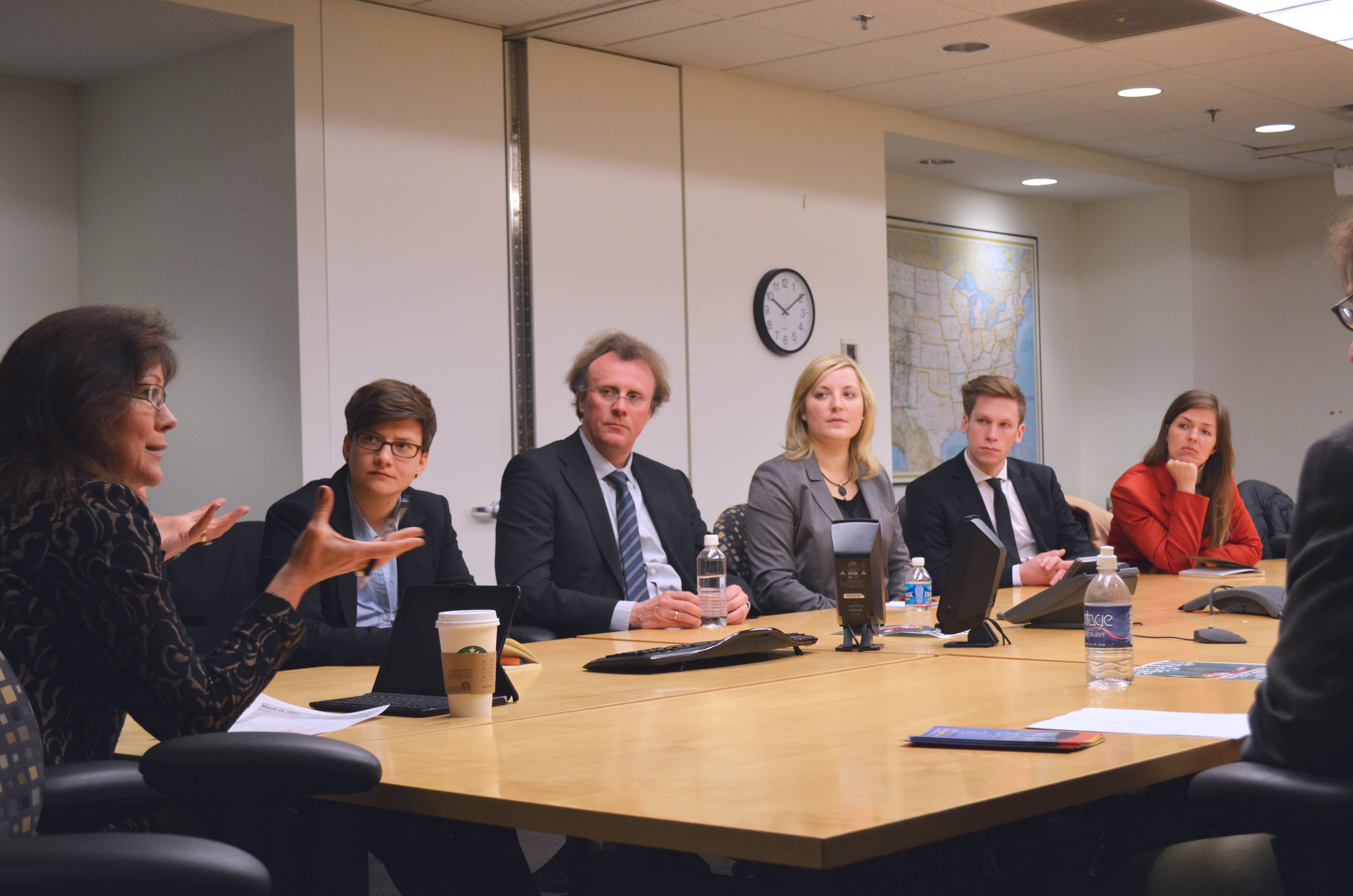 Eleven German journalists visited the BBG yesterday as a part of the RIAS Berlin Commission’s spring exchange program. The participants met with IBB Director Richard Lobo and attended a VOA editorial meeting. They then met with VOA Associate Director of Language Programming Rebecca MacMenamin and discussed topics such as finding foreign audiences, the federal government’s role in US international broadcasting, and how the agency creates new language services. The meetings at the BBG were part of the group’s first week in the U.S. Next week they will each receive short-term assignments with radio and TV broadcasters. They will then wrap up their tour with a week in New York.

The RIAS Berlin Commission is a bi-national organization that promotes German-American understanding in the field of broadcasting.  With historic roots tied to “Radio in the American Sector” of Berlin following World War II and founded in 1992, the Commission’s mission today is to promote the exchange of persons and information in the field of broadcast journalism between Germany and the United States. In 2012 Richard Lobo was appointed by U.S. ambassador to Germany Philip Murphy to represent the United States.