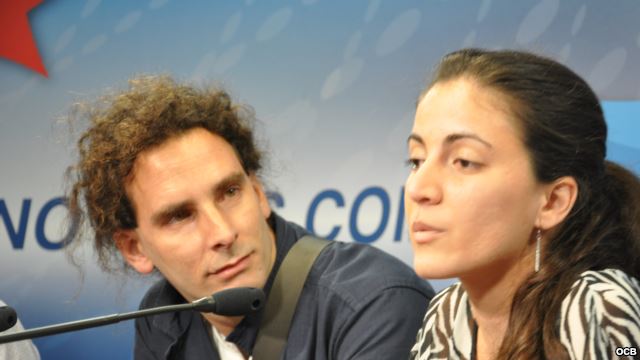 Miami – TV Martí will present a special half-hour special this weekend called “Rosa Maria Payá In Her Own Words.” The interview, which airs Sunday evening, details what it was like to grow up as the daughter of Oswaldo Payá, the founder and leader of Cuba’s Christian Liberation Movement.

During the interview Rosa Maria speaks candidly with TV Martí Anchor Karen Caballero about the circumstances surrounding her father’s death. On July 22, 2012, Payá and Cuban youth activist Harold Cepero were killed in a car crash in Bayamo, Cuba. The government concluded that the driver lost control of the vehicle and collided with a tree. Payá’s children, however, assert that the car had been deliberately run off the road. Rosa Maria speaks in detail about text messages that were sent shortly before the accident by another passenger in the car, Aron Modig. Those messages indicate the group was being tailed by the Cuban authorities.

She also explains why she continues to believe in the innocence the driver of the vehicle, Angel Carromero who is currently under house arrest in Spain and charged with vehicular homicide.  In the emotional interview, the 23 year old acknowledges that they are still a long way from knowing the truth about how and why her father died.

“Rosa Maria Payá En Sus Propias Palabras” will air Sunday May 12th at 7:30 PM on TV Martí and can be seen live on martinoticias.com.

The Martís, based in Miami are operated by the Office of Cuba Broadcasting, part of the independent U.S. government agency, the Broadcasting Board of Governors (BBG). TV and Radio Martí programing is available 24 hours a day 7 days a week on martinoticias.com
For more information please contact Gina Barroso at 305 437 7153 or via email at gbarroso@ocb.ibb.gov.