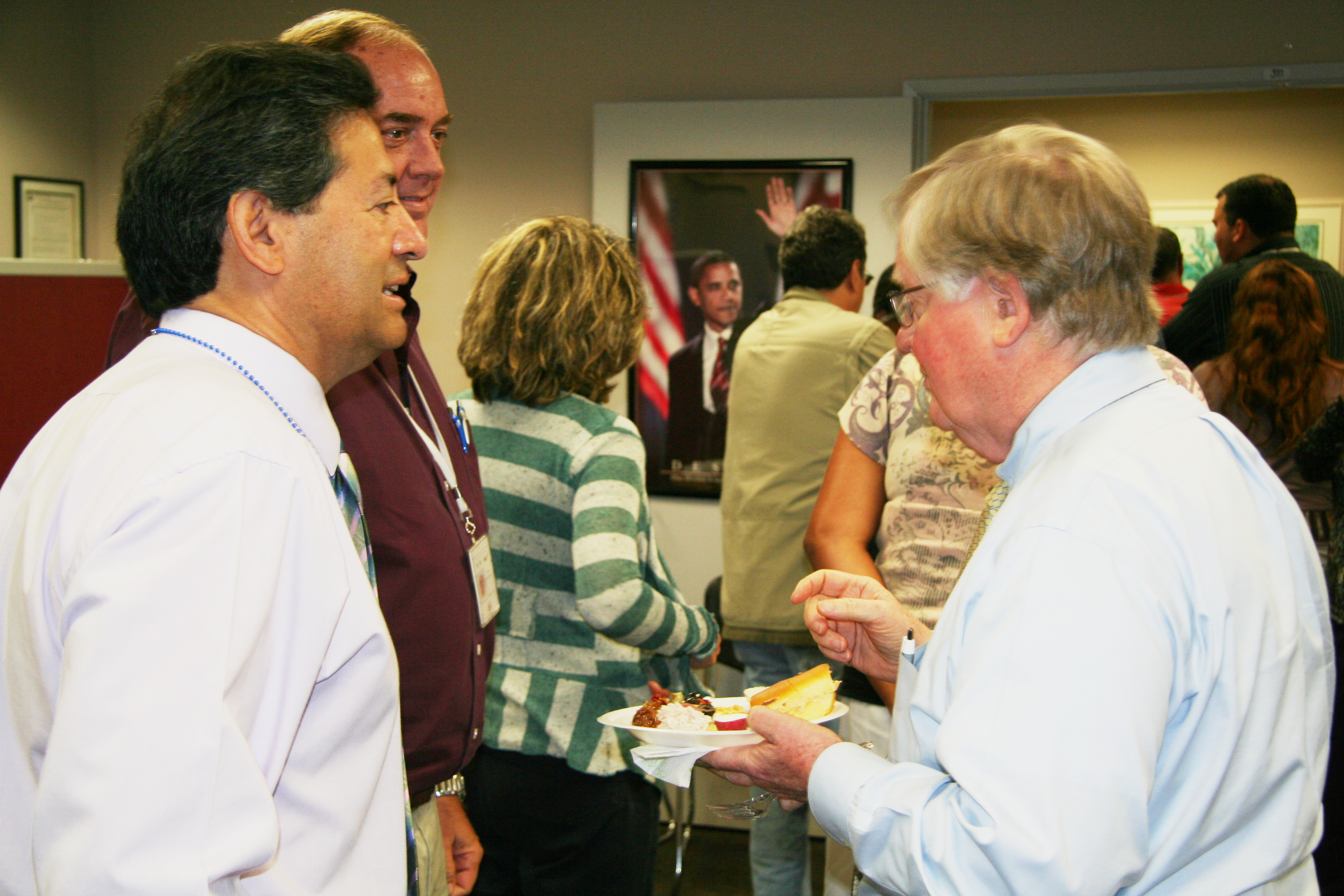 BBG Board member Victor Ashe visited the Office of Cuba Broadcasting  (OCB) headquarters on May 21 to express his support for employees who have continued providing news and information to the island as usual despite the damage and disruption caused by a recent fire.  Governor Ashe met with senior managers and other staff throughout the organization, including American Federation of Government Employees (AFGE) leadership. He also participated in an employee appreciation luncheon and toured the facilities, which sustained smoke and water damage to the newsroom and other parts of the building from the April 21 blaze.

“The damage was extensive, and full repairs could run another two months or more,” said Ashe. “But morale among the hard-working staff is great, and they are to be commended for how well they have dealt with this difficult situation.

“OCB has an important mission in taking accurate information to Cuba, which has been subjected to a brutal dictatorship for many years.” he added.

Vivian Martinez, Executive Producer for TV Martí said, “I’m glad to see the Governor come to our facilities and express his support during these challenging times.”

The fire was caused by a lighted cigarette accidentally left in a container in a designated smoking area outside the building. No one was injured, and despite a temporary evacuation, broadcasts to Cuba continued without interruption.