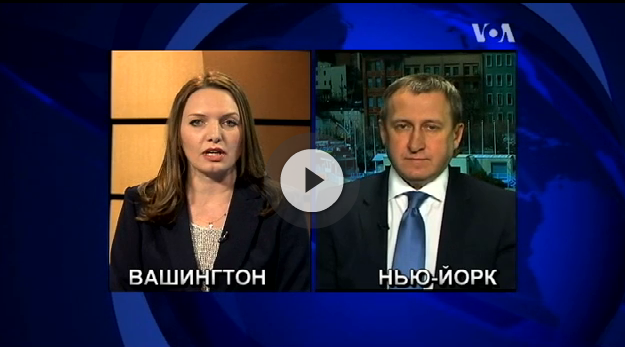 Amid mounting tensions in Crimea and eastern Ukraine, the networks of the BBG continue to boost their service to audiences in the region, creating new methods of engagement and providing additional avenues for accurate and impartial news.

In addition to establishing a “Crimea Desk” dedicated to coverage in Russian, Crimean Tatar, and Ukrainian, Radio Free Europe/Radio Liberty has just launched a new web site, Crimea Reality, which pulls together reports from correspondents throughout the region, including the increasingly volatile Crimea. The site makes available continuous reporting of the latest developments in Russian and Crimean Tatar and aggregates content produced by RFE/RL’s Russian, Tatar-Bashkir and Ukrainian Services.

To increase engagement and foster dialogue, RFE/RL has started “bridge” programming on radio and online, in which people from different parts of the country discuss and analyze current issues.  RFE/RL is also continuing to provide ongoing, live-blog and video coverage of events in Crimea and Ukraine, as well as its popular “Ukraine Unspun” blog, which dissects claims made by Russian and Ukrainian media, politicians and activists in the information war  that envelops the conflict.

Voice of America’s Ukrainian Service has increased its daily television “interactives” with two of Ukraine’s most prominent networks, ICTV and 1+1, and has begun airing these segments with Hromadske TV, a public television station that is simulcast on state TV’s Channel 1. Seen throughout Ukraine, the segments consist of Ukrainian moderators speaking with VOA correspondents to get breaking news and updates. These segments augment a series of special reports that VOA has produced for these networks.

VOA Ukraine also continues to provide vital TV and Internet coverage of international reaction and context. The service ran national prime-time television coverage in Ukraine with reports on President Barack Obama’s statements announcing sanctions against Russia in response to its invasion and annexation of Crimea. VOA Ukrainian’s Chas-Time TV program aired an exclusive interview with Secretary of State John Kerry, in which he discussed the possibility of intensifying sanctions against Russia and targeting specific economic sectors if Russia continues with illegal and provocative actions against Ukraine.

Despite extremely dangerous reporting conditions, RFE/RL and VOA have been a constant source of unfettered news and information from the first protests in Kyiv, through the increasing violence, and the referendum in Crimea.