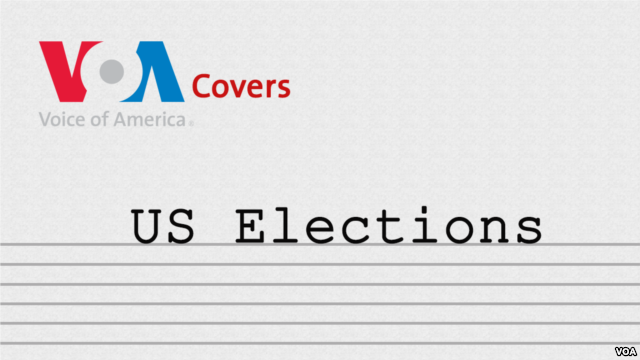 Audiences throughout the world turned to Voice of America for coverage of the U.S. midterm elections and VOA delivered.

VOA correspondents on Capitol Hill and the State Department combined with VOA reporters around the country in filing TV, radio and web packages that gave global audiences a vivid picture, in English and VOA’s 44 other languages, of U.S. democracy in action. In a web piece, VOA national political correspondent Jim Malone likened what happened on Tuesday to a “political earthquake.”

For VOA’s thousands of affiliates around the world, the U.S. elections are an especially good time to be partners with the U.S. international broadcaster. In Nigeria, VOA affiliate Channels TV led its Tuesday evening international newscast – The World Today – with coverage of the U.S. mid-terms, starting with a VOA story on Ebola’s impact on the elections. On Wednesday, Channels again led The World Today with VOA’s election coverage. A VOA editor in Washington spoke with a Channels anchor about the impact the elections would have on President Obama’s agenda for the next two years.

Affiliates in other parts of the world were just as eager to hear from VOA. The Spanish Service did a 20-minute program on the elections with Panamericana, a leading radio station in Bolivia. Meanwhile, the Spanish Service website, Voanoticias.com, produced original stories, including a report on the role of Hispanics in the election, that were picked up by many of the service’s affiliate websites and online affiliates in Latin America.

In Europe, VOA TV affiliates in Ukraine, including ICTV, Channel 5 and The First National Channel, carried election reports by VOA’s Ukrainian Service. VOA Russian provided live TV election-related reports to two independent television stations, Dozhd and the Russian Business Channel, which got a VOA report on Wall Street’s reaction to the resounding Republican victory.  VOA’s election coverage was also in demand by its affiliates in the Balkans, including News24 channel in Albania and FACE TV in Bosnia.

Explaining the affiliates’ eagerness for VOA’s election coverage, Voice of America Director David Ensor says, “VOA works every day to earn their trust.  They know we are a valuable and reliable source of news about the United States and the rest of the world. That’s true about U.S. elections and elections everywhere else in the world.”