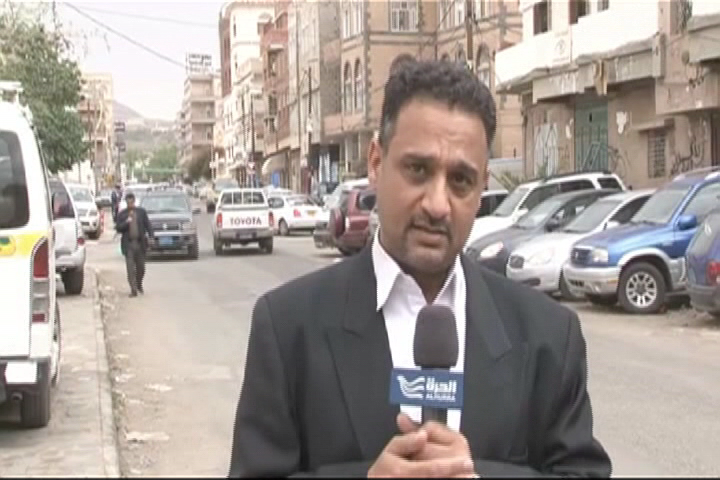 As the Saudi-led offensive takes hold in Yemen, Alhurra Television and Radio Sawa’s correspondents are there to give a first-hand account to audiences across the Middle East and North Africa.

As soon as the military campaign was announced, Alhurra had more than eight hours of breaking news coverage pre-empting regular programming. Coverage included an interview with Yemeni Foreign Minister Riyadh Yasee, who had called for military intervention from Yemen’s neighboring Arab countries. The network also interviewed American experts on the Middle East to discuss the U.S.’s reaction to the military offensive.

Alhurra examined the potential political, sectarian and economic ramifications of the crisis in Yemen. A Saudi political analyst addressed concerns that this could lead to a full scale regional sectarian conflict. Alhurra interviewed Yemenis on the streets of Sana’a about their expectations from the Arab Summit, as well as broadcast live coverage of the remarks made at the Summit. Alhurra also took Senators John McCain (R-AZ) and Lindsey Graham’s (R-SC) press conference live when they addressed the Saudi military strikes in Yemen.

Alhurra’s daily talk show Free Hour expanded to two hours to address the crisis in Yemen. The program included Yemeni, Saudi, Kuwaiti, Iranian and American experts to discuss the crisis and the regional implications of the coalition strike against the Houthis.

Alhurra.com updated readers on the major developments as they were happening.  Its coverage included military developments within Yemen, as well as reaction from the Middle East and the U.S.  Key updates were also sent out as push notifications through the Alhurra app.

Radio Sawa had reaction from the U.S. State Department, as well as Speaker John Boehner and Senators McCain and Graham. The network also covered the response from the United Nations. Radio Sawa’s Iraq stream included a report on the Iraqi Foreign Minister’s rejection of the use of force in Yemen.  Sawa Magazine examined whether this coalition offensive would restore order in Yemen or cause more chaos. Radio Sawa surveyed international reaction to the strikes with analysts from Egypt, U.S., Oman, Saudi Arabia, Kuwait, Qatar, Jordan, Pakistan and Iran.