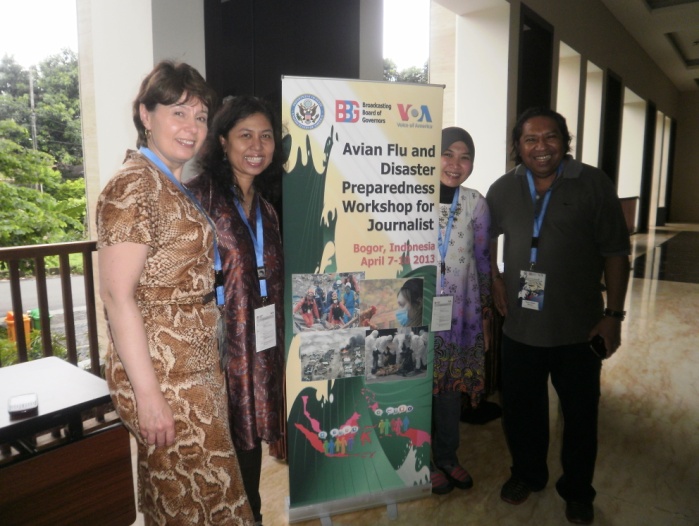 This workshop was a part of the “Training for Journalists & Journalism Educators on Disaster Preparedness & Avian Influenza:” Indonesia, Vietnam, Bangladesh, Afghanistan (in Dubai, UAE), and Georgia, ” March – July 2013, funded by the U.S. Department of State, Bureau of Oceans, International Environment, and Scientific Affairs.