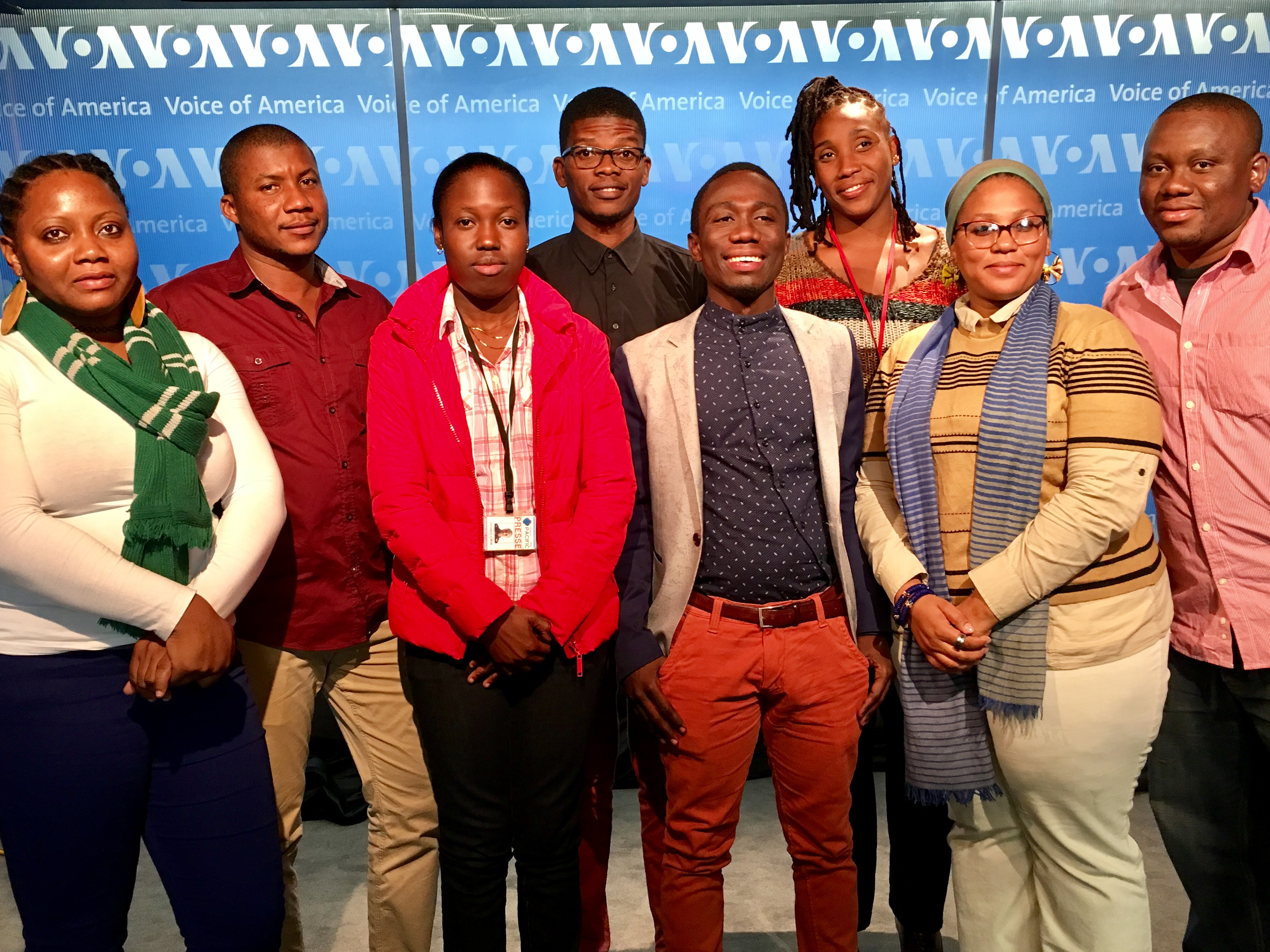 VOA’s Creole Service has trained more than 100 Haitian journalists since 2008. Most recently, during the week of April 8-15, 2017, eight reporters from across Haiti traveled to VOA headquarters in Washington, DC for a series of workshops on cultural journalism, including VOA best practices.

The VOA workshop was supported by the U.S. Department of State through its embassy in Haiti.

U.S. Department of State through its embassy in Haiti