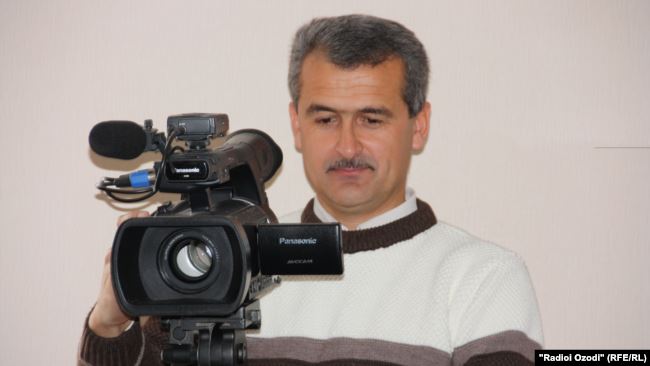 Washington, D.C. — Tajikistan’s Ministry of Foreign Affairs has revoked the accreditation of Radio Free Europe/Radio Liberty (RFE/RL) videojournalist Barotali Nazarov (pen name: Barot Yusufi) for his reporting in a brazen example of the government’s efforts to control the independent press.

In a statement deploring the move, RFE/RL Acting President Daisy Sindelar said, “We are being punished for upholding professional standards of journalism.” She called the government’s use of accreditation to restrict RFE/RL’s reporting “censorship,” and a “flagrant attempt to coerce and intimidate our Tajik Service, which is one of the country’s few remaining sources of independent news.”

Representatives of RFE/RL’s Tajik Service in Dushanbe were summoned on Wednesday morning to the ministry, where an official in the Department of Information, Press, Analysis and Foreign Policy Planning seized Nazarov’s credentials and said that he was banned from reporting “temporarily” for repeatedly “mentioning the extremist and terrorist” Islamic Renaissance Party of Tajikistan (IRPT) in his work. The IRPT was the country’s main opposition party before the government disbanded it in 2015, drawing international criticism for its treatment of the organization as an extremist group. RFE/RL reports on the IRPT, although the government targets media that do so.

When the RFE/RL representatives explained that, as a videojournalist, it was not generally Nazarov’s job to cover the IRPT, the official said the order came from the State Committee for National Security (GKNB), the successor to the Soviet KGB.

Nazarov is the fifth reporter with RFE/RL’s Dushanbe bureau currently to be deprived of accreditation. The other four are awaiting the renewal of their credentials, which, according to Tajik law, must be approved by the ministry on a yearly basis; one has been awaiting his extension since 2017.

Authorities revoked and then reinstated, the accreditation of six RFE/RL journalists in 2016 after the Service published a critical report about President Emomali Rahmon’s daughter.

In a 2016 report, the OSCE Representative on Freedom of the Media criticized the use of accreditation by some member states “as a work permit,” and declared that “Accreditation should not serve as a tool to control content.”

'We Have Succeeded In Surviving': An Interview With Exiled Tajik Islamic Party Leader Muhiddin Kabiri