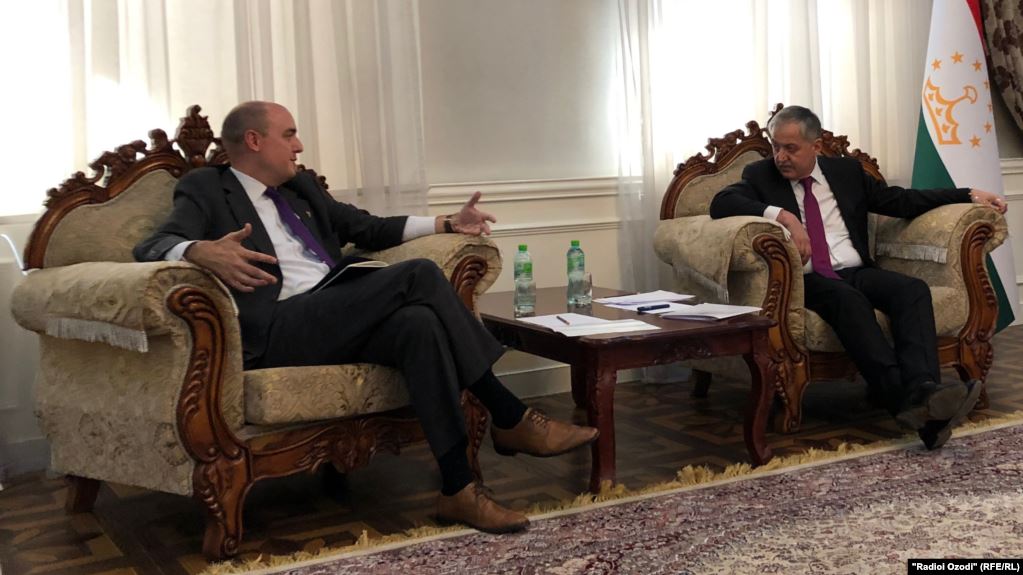 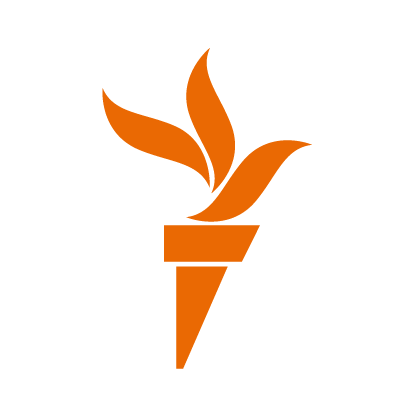 Following a meeting with Tajik Foreign Minister Sirojiddin Muhriddin, Radio Free Europe/Radio Liberty (RFE/RL) President Jamie Fly said that he “remains concerned about the ability of independent media, including journalists with RFE/RL’s Tajik Service and Current Time, to operate freely in the country.”

Fly was in Dushanbe as part of a regional visit to Central Asia to meet with RFE/RL local reporters and staff at its bureaus in Tajikistan, Kazakhstan, and Kyrgyzstan.

Speaking to Current Time TV after the meeting, Fly said that he made clear to the Foreign Minister that, in every country where RFE/RL works, “We don’t compromise on editorial standards, we maintain our objectivity, we highlight a diverse set of political views across all of our platforms.” He called on the minister and his governmental colleagues “to engage us and our bureau more constructively in the future,” urging him repeatedly to grant accreditation to the organization’s journalists so they can do their jobs.

He also expressed hope “that the government would realize that an informed citizenry with access to a wide range of sources of news and information is in the long-term interests of Tajik society and security.”

Accreditation tops the list of RFE/RL’s concerns in Tajikistan, where a total of eight journalists and support staff with its Tajik Service, known locally as Radio Ozodi, are currently barred from working because they have not been credentialed by the Foreign Ministry. Two journalists are new hires. Five are awaiting the renewal of their credentials, which, according to Tajik law, the Foreign Ministry must approve on a yearly basis; one has been awaiting his extension since 2017. In June, videojournalist Barotali Nazarov (pen name: Barot Yusufi) was banned

In a press conference in Dushanbe earlier this month, Mr. Muhriddin commented on how his ministry views the accreditation of RFE/RL journalists, stating, “we will never close Radio Ozodi here, but we will probably not register those employees of Radio Ozodi who let in their articles even the smallest damage of the current state policy.” The accreditation of six RFE/RL journalists was revoked and then reinstated, in 2016 after the Service published a critical article about President Emomali Rahmon’s daughter. Ozodi reporting on the political opposition and corruption has also drawn the government’s ire, resulting in blockages of the Service’s website and Facebook pages.

RFE/RL has repeatedly deplored the government’s use of accreditation as a means of censoring its journalism.

In a 2016 report, the OSCE Representative on Freedom of the Media criticized the use of accreditation by some member states “as a work permit,” and declared that “Accreditation should not serve as a tool to control content.”

RFE/RL’s Tajik Service is one of the country’s few remaining sources of independent news, attracting outsized audiences with compelling reporting on issues not otherwise covered by state-run media. It has Tajikistan’s most popular YouTube channel (737,000 subscribers; 200 million video views in 2018) and Facebook page (176,000 followers; 14 million video views in 2018).

Current Time is a 24/7 Russian-language digital network, led by RFE/RL in cooperation with Voice of America, that airs on television and social networks. Its mission is to provide fair and accurate reporting and serve as a reality check on disinformation that is driving conflict in countries bordering Russia.

Jamie Fly in Tajikistan: "We Don't Compromise On Editorial Standards"

OSCE: Accreditation of Foreign Journalists in the OSCE region