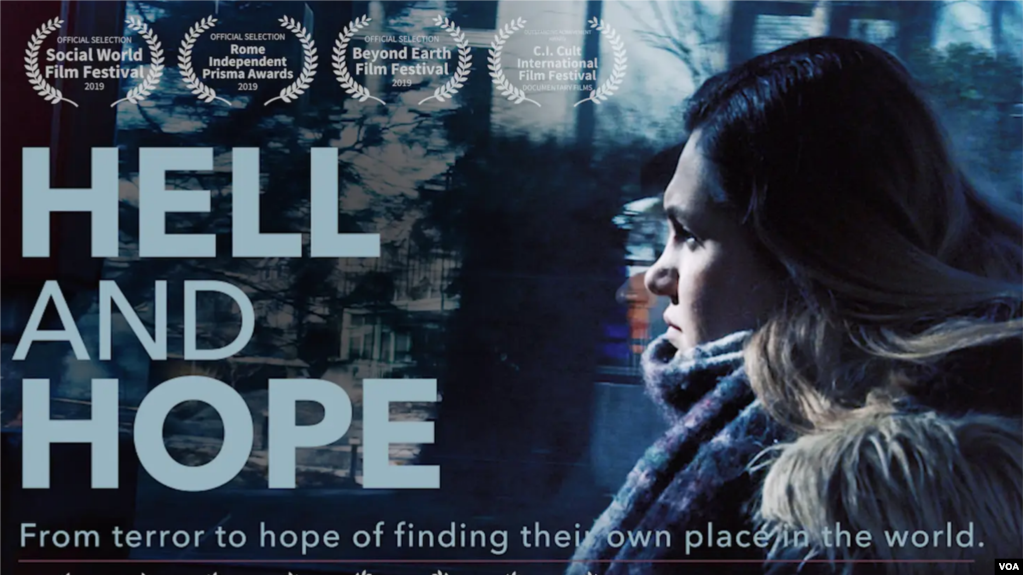 Washington, D.C. — The Voice of America won a Gabriel Award for its documentary Hell and Hope about the plight of Yazidi girls abducted by ISIS terrorists in 2014 from Sinjar province in Iraq. VOA producer Amish Srivastava and correspondent Dakhil Elias traveled to Germany to meet and record interviews with Yazidi girls who escaped captivity and settled in Europe. The Yazidi are members of a Kurdish religious minority found primarily in northern Iraq, southeastern Turkey, and northern Syria.

“Projects like Hell and Hope bring to the forefront the stories of some of the most vulnerable members of humanity,” said VOA Director Amanda Bennett. “The first place Gabriel award for this outstanding documentary recognizes Voice of America’s continued efforts to bring the experiences of underrepresented segments of our society to our global audience.”

In addition to Hell and Hope, the Voice of America Spanish service original series Across Borders (“Pasos sin Fronteras”) on the plight of Venezuelan refugees, won honorable mention for the Gabriel Awards in the Narrative Series/Storytelling category for television.

Initiated in 1965, the Gabriel Awards honor excellence in film, broadcast, and cross-platform media productions released in the United States and Canada. The Catholic Press Association and SIGNIS North America, an affiliate of the Catholic world association for communication, sponsor these awards.