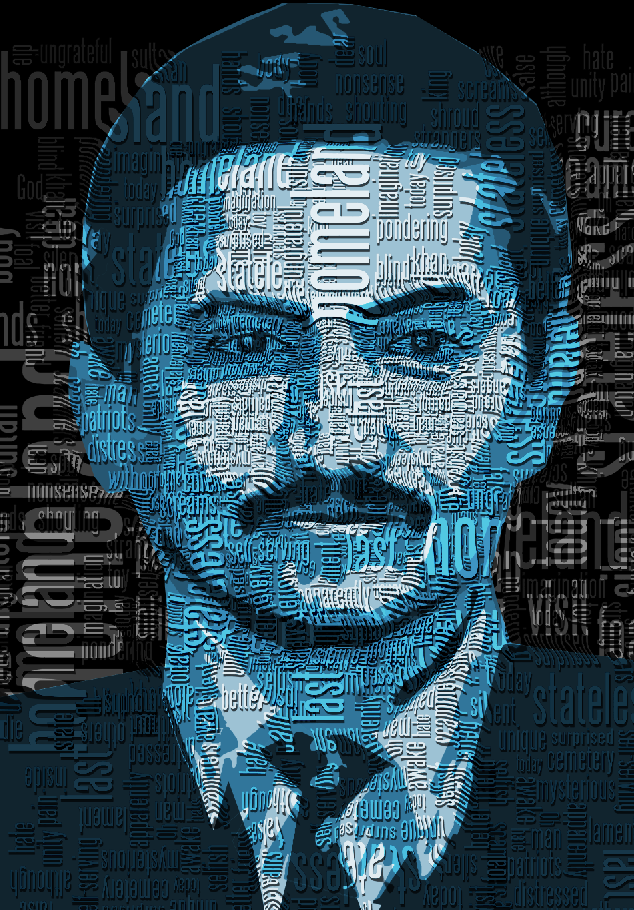 Journalists are people of words, both spoken and written. In addition to his work as a journalist, Iskandar Khatloni was a well known poet, so his connection to words goes even further.

This portrait started with a word cloud—a computer generated representation of one of Khatloni’s poems. This word cloud was then combined with a hand drawn, computer-colored image of the journalist. Then, using Photoshop, the words of the poem were distorted to appear as if they were projected on the portrait. 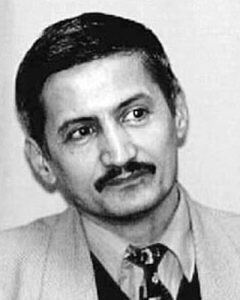 Iskandar Khatloni was attacked in his apartment by unidentified assailants who hit him in the head with an ax. He died later from his injuries at Moscow’s Botkin Hospital. He was 45.