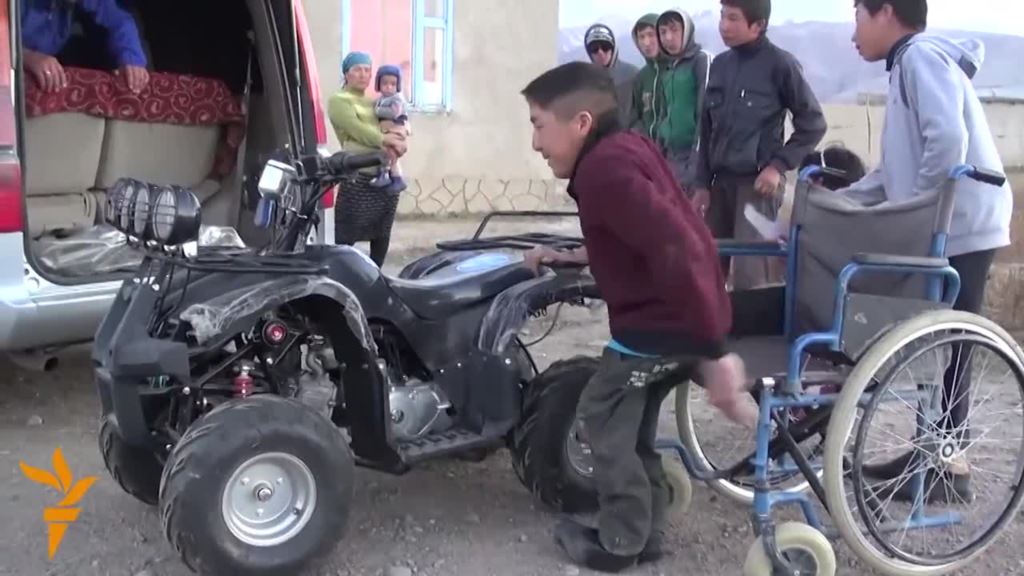 A feature video produced by RFE/RL’s Kyrgyz Service won the prestigious Webby People’s Voice Award for a documentary which was submitted in the Online Film & Video—Reality category of the annual competition.
Watch This Disabled Boy’s World Change In Two Minutes was published on Facebook and tells the story of a disabled teenager who relies on his friends to push him in his wheelchair every day along the rugged path to school, and his elation when a local NGO surprises him with a four-wheel all-terrain vehicle he can operate himself to make the journey. Produced by Bishkek-based correspondent Ulanbek Egizbaev—with the help of Mykola Nemchenko, and Nurgazy Yakshilikuulu—and repackaged by RFE/RL’s Current Time digital team for social media, it was viewed more than a million times globally in Russian, English, and the original Kyrgyz.
The award was presented at an awards ceremony in New York City on May 16.