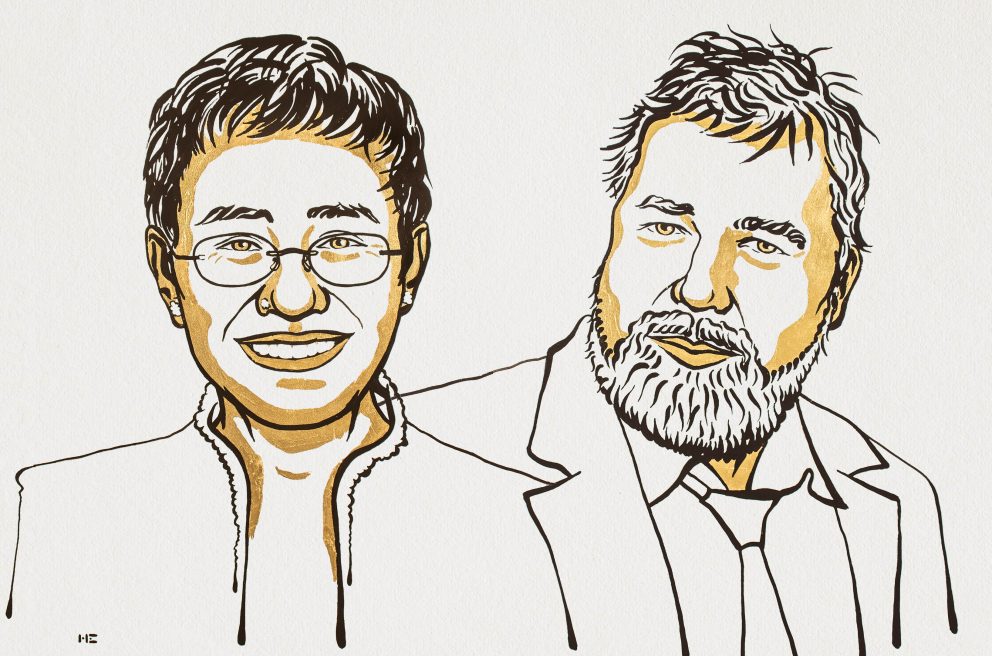 Washington, D.C. — The U.S. Agency for Global Media (USAGM) congratulates journalists Maria Ressa and Dmitry Muratov, who were named winners of the 2021 Nobel Peace Prize. The recognition highlights the importance of a free press in a time when disinformation runs rife, press freedom is in decline globally, and the need for access to uncensored news and information is greater than ever.

“With this selection, the Nobel Committee has recognized the importance of a free and unfettered press,” said USAGM Acting CEO Kelu Chao. “Maria Ressa and Dmitry Muratov exemplify the courage, integrity, and professionalism required to report the facts in some of the world’s most media-repressed areas.”

The Norwegian Nobel Committee honored the two journalists for “their efforts to safeguard freedom of expression, which is a precondition for democracy and lasting peace” and described them as “representatives of all journalists who stand up for this ideal.”

Muratov is the Editor-in-Chief of independent newspaper Novaya Gazeta in Russia, and on the same day of his Nobel win, the Russian government added another nine individuals to its register of media “foreign agents,” including five associated with Radio Free Europe/Radio Liberty (RFE/RL).

Ressa, co-founder of digital-only news site Rappler, spoke at USAGM’s Media for Democracy Forum in May 2021 and described being the target of political harassment and disinformation campaigns as “insidious manipulation on a macro and micro scale.”

In the conversation on disinformation, Ressa argued for tighter regulation on social media platforms and insisted that journalists and journalism, not technology, are the key to protecting the information space.

“In our information ecosystem, the social media platforms that deliver the facts are biased against facts.” Journalists, on the other hand, she adds have “a set of standards and ethics…a mission…to protect the public sphere.”

Chao added, “I thank the Nobel Committee for shining a spotlight on press freedom and congratulate Maria and Dmitry, as well as the thousands of journalists around the world they represent.”

In a significant escalation of its ongoing efforts to suppress independent and investigative media, the Russian government today added another nine individuals to its register of media “foreign agents,” including five associated with Radio Free Europe/Radio Liberty (RFE/RL). 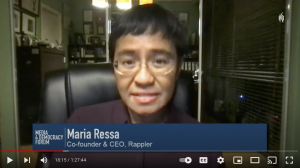